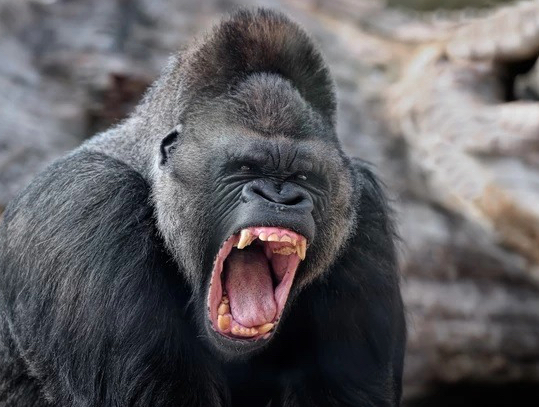 Humans have canines, so we must have evolved to eat meat. But so do gorillas, and they are vegetarians. Almost all the amino acids and essential nutrients humans need can be found in plants. So do we really have to kill 77 billion land animals every year to sustain our addiction to meat? And is slaughtering on this scale really ethical and sustainable?

The search for meat substitutes has been going on since 1765 when Adrian Wessanen founded a small seed-trading business near Amsterdam. This developed (very) slowly to produce environmentally-friendly and sustainable food products and making, among other things, dairy alternatives to meat and vegetarian meals. In fact, dairy substitutes for meat protein have been around for a hundred years. However, we can note that dairy cows are often treated like machines, their calves taken away at birth in order to use bits of their stomach to extract rennet for cheese and whey protein. So yet more butchering is involved.

Plant-based meat substitutes have also been around for a hundred years, the earliest produced by companies in North America. The GFI company data base lists over 360 companies worldwide producing plant-based meat, eggs and dairy products. These cater to vegetarian, vegan and, especially, flexitarian consumers, a rapidly growing market (while per capita meat consumption is declining, but only slowly). But the “almost” in the “almost all the amino acids and essential nutrients humans need” in plant-based proteins is still there: vitamin B12, iron, minerals and a few other essentials found only in meat are lacking (besides meat’s unique taste, texture and chewiness).

The search for a “real” and sustainable meat alternative has been active for about ten years. This is called cultivated, or cellular, meat as it is made from the cells of (non-slaughtered) animals. All kinds of high-tech formulations are used in bioreactors to produce it, sometimes with 3D printing for creating texture. The “industry” (some 70 companies worldwide) is still in its infancy and will not be able to produce a steak under $100/kg for some years. Although pilot plants exist, production quantities are not yet up to the demands of meat addicts. But cellular meat can now substitute for real meat and help people with intolerances and allergies found increasingly in dairy and plant-based proteins. The quantities available for flexitarian consumers will come later.

One of the companies producing cellular meat is the Spanish firm BioTech Foods. It can produce in sufficient quantity for the premium protein markets for intolerances and the like.
SAI has been active in the functional foods business for many years. We would be happy to tell you more.