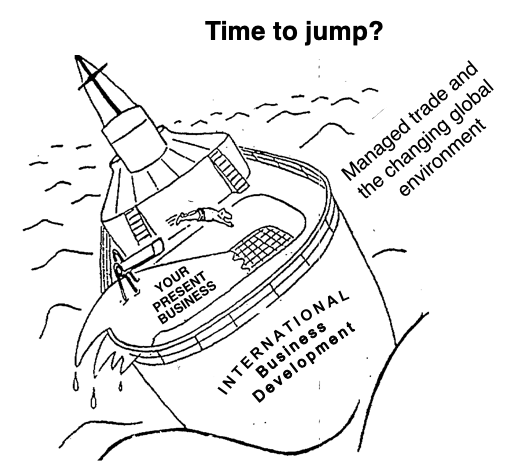 World trade is some 60% of world GDP. Most of it takes place between countries of the developed world: in 2018, 63% of world exports were made by 15 if not all rich, at least powerful, countries. (Place China, Mexico and Russia in the category you want.) And these exports were made mostly by very large companies. SMEs (small and medium-sized enterprises) make up less than 20% of world trade.

Since 1950, world trade has grown twice as fast as world GDP. It is still growing, if not quite so fast in these pandemic times, while world GDP is stuck. The main reason for this stickiness, is that these rich and powerful countries talk about free trade but practice managed trade. In 2017, about 50% of world trade took place between countries that had signed a Preferential Trade Agreement, and one third was regulated by “deep trade agreements” (UNCTAD’s terminology, not ours). The number of agreements in force has doubled in the past 15 years to about 300 today. International trade is also highly regulated through the imposition of technical barriers to trade with almost 70% of world trade affected (UNCTAD again).

There are all kinds of arguments put forward by these countries for managing trade. These range from national security (not always convincing) to dealing in endangered species (much more so). Many trade items and industries have now become “strategic” and on-shoring is very much talked about. Behind all this managed trade are the lobbyists of very large companies. SMEs are mere spectators — but this may change.

If you are an SME, your government needs you. You are vital to its economy. Your employees vote it in or out of office (at least in the west). SMEs account for the great majority of existing businesses and really represent the basis of the world’s economy. The government has a love-hate relationship with major corporations that grow by eating each other, shedding jobs, and contributing covertly to its coffers—but it should really love you.

Why are SMEs so lovable? Well, they account for close to 2/3 of total revenues in the west and employ 2/3 of the active population (excluding civil servants). However, the large companies export three times more than all the SMEs combined. Either as sub-contractors to these large firms, or as exporters in their own right, SMEs are thus major employers but minor exporters. But they are slow both at exploiting the growth opportunities abroad and in wielding any kind of clout in trade discussions. For want of organizing their own export lobbies, they have been left out of the managed trade deals. But sooner or later SMEs will claim their trade comeuppance. In the meantime, there are many ways for them to act individually in an era where managed trade cannot hide the opportunities for them to trade directly among themselves.

SAI has been working with the internationalization of SMEs for over 30 years and has written the how-to manual for them “Small Company. Big World“.